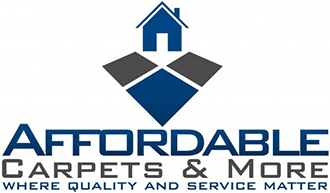 Why luxury vinyl is such a popular flooring choice

Our showroom staff tells us that, hands down, this is the most sought-after flooring product. It checks all of the boxes: affordability, high-end style, waterproof, and durability capabilities. Read on to learn more.

Affordable Carpets and More! has over 40 years of experience in the industry. We have a full inventory of all flooring products, from carpet to hardwood to tile, laminate, cork and bamboo, and more. Our installers are highly qualified and skilled. We treat every home with the same care we would our own.

Given it is waterproof, LVF is ideal for the kitchen, bath, laundry room, or any room with high humidity and excess water. It's the style, however, that makes it so appropriate for any other space, such as the living and dining areas, or the bedroom. The combination of the two, as well as affordability, makes it appeal to anyone who loves aesthetics, but also has a practical side; for that reason, we're seeing it in all homes, including high-end ones.
This vinyl is remarkably realistic to authentic wood, tile, or stone. It comes in an assortment of colors, patterns, designs, and species. Modern technology has played a large role in its evolution; images are taken with 3D photography which makes them clear and accurate. Embossing adds depth and dimension and textured appearances: wire-brushed, hand scraped, weathered, or distressed.

LVT and LVP are made out of vinyl.

SBC stands for (Solid Polymer Core) which is the same concept of LVT and LVP, however it is not only waterproof but offers much more stability against contraction and expansion. *The key to look for is how much stone is in the core. A product we carry called Gemcore by Reward flooring is one of the best performing and best price. Aladdin Commercial by Mohawk is a fast up and coming competitor in this style.

WPC stands for (Wood Plastic or Polyer Composite). Up until SBC showed itself to be superior, WPC was the way to go. WPC offered a thicker and often more solid core, however some mills had air infused it the core which allowed the floor to get dents. Also, contraction and expansion were still issues.

The keys to look for when choosing which type of Plank or Tile to choose are:

The wear layer is key depending on the amount and type of traffic. The higher the mill layer the more resistance to scratches and scuffs you will see. You will see some as low as 4mil and then (residential) as high as 30mil. The price is well worth it and we suggest anything outside of a laundry room should have 20mil. Even a bathroom or Laundry room should have less than 12mil.

The core thickness is described as gauge. You will find some 2.0 up to 4.0 or more in residential. Remember, just because a core is thick does not mean it is more stable. The stability comes down to what the core is made out of. Though some WPC’s can be a true solid and not dent, does not mean all come that way. So ask us about the quality of the core (if air infused) and to greatly increase core stability just go with a SBC.

Adding to the realism, this luxury version of vinyl can be cut into planks ( LVP) or groutable square, tile-sized pieces (luxury vinyl tile, or LVT). Many feel the extra seams add to the authentic look. LVP is most often associated with hardwood, but some use it to mimic stone; they feel the larger format and fewer seams give it a more continuous look, like that of a quarried slab.

All LVF comes with a thick wear layer. It is the wear layer that makes all the durability difference because it protects the floor from scratches, scuffs, and wear. It also keeps spills at the top, just waiting to be wiped off.

with our luxury vinyl gallery 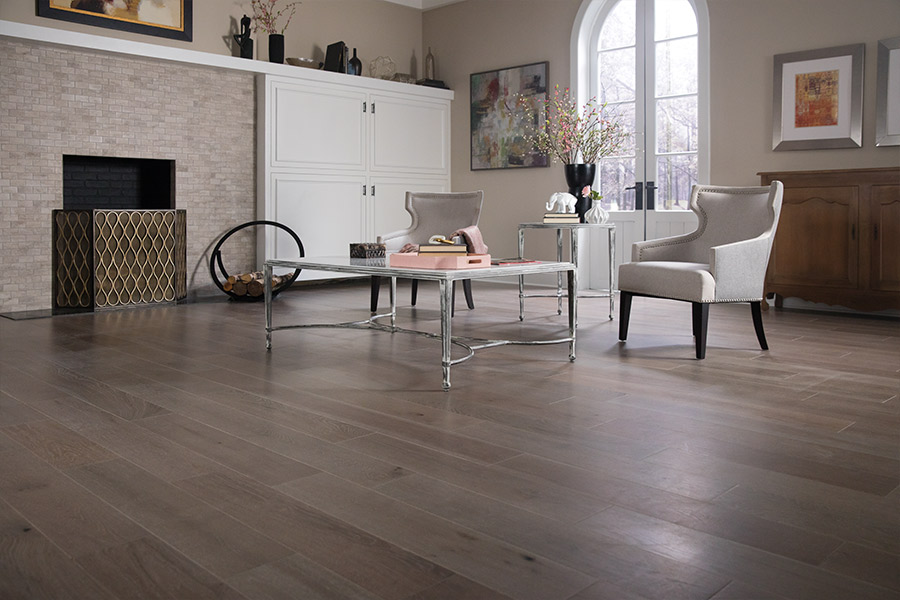 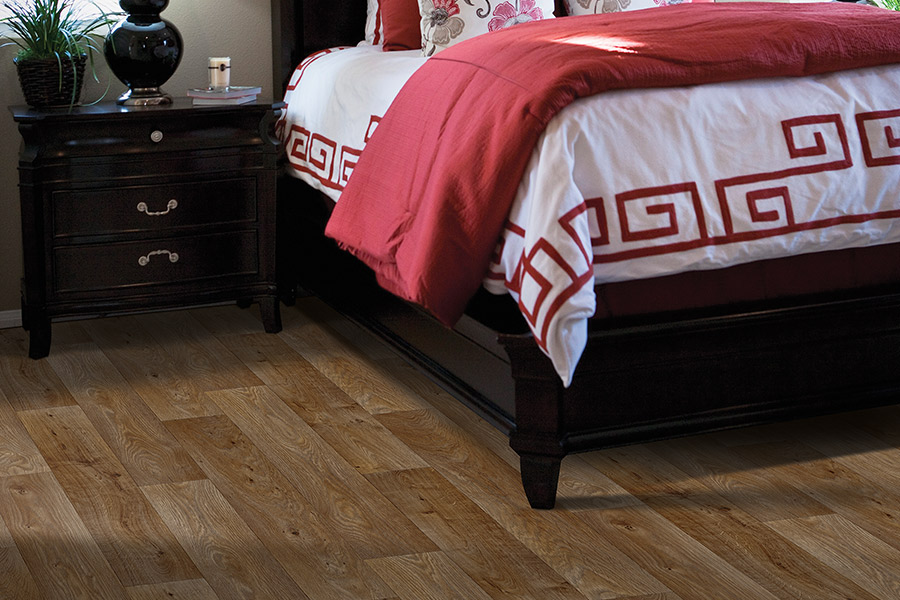 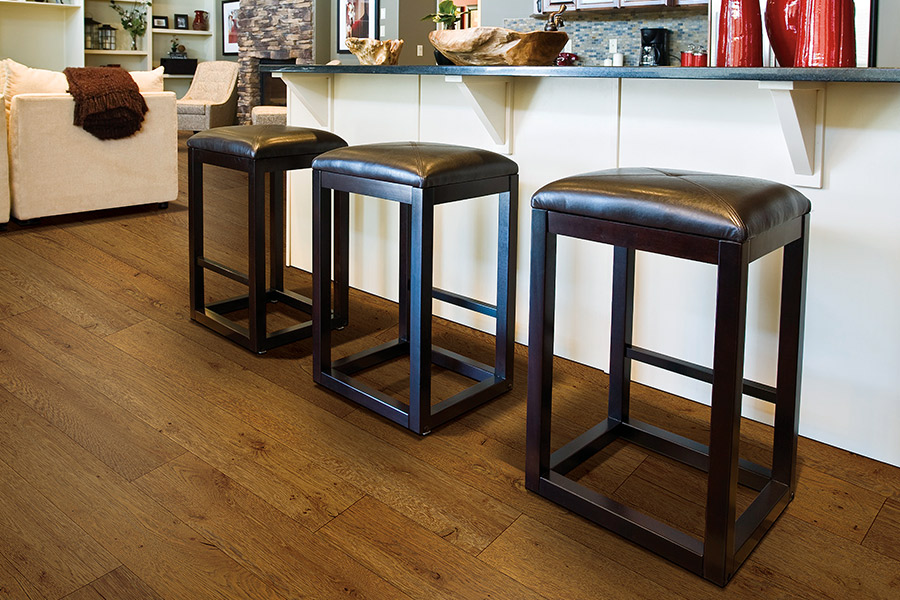 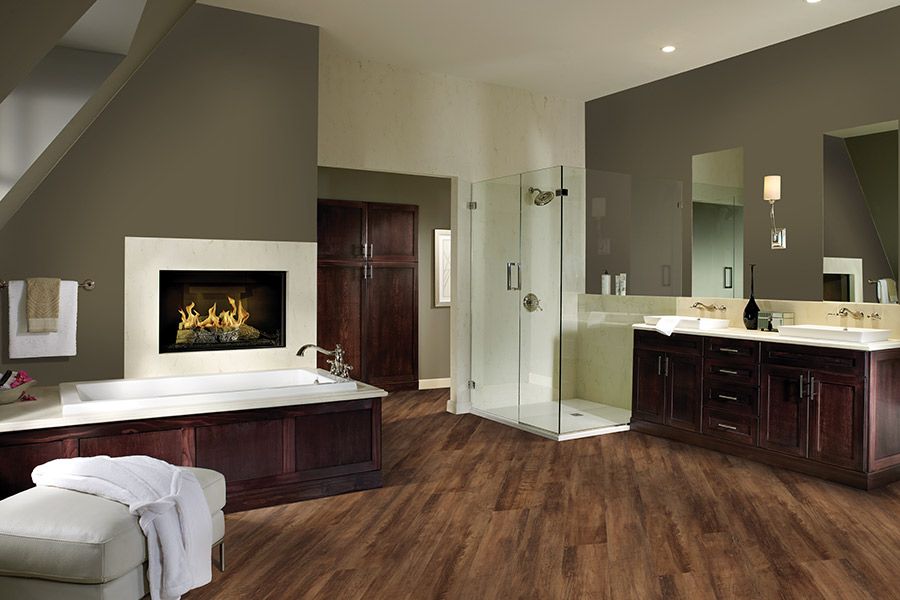 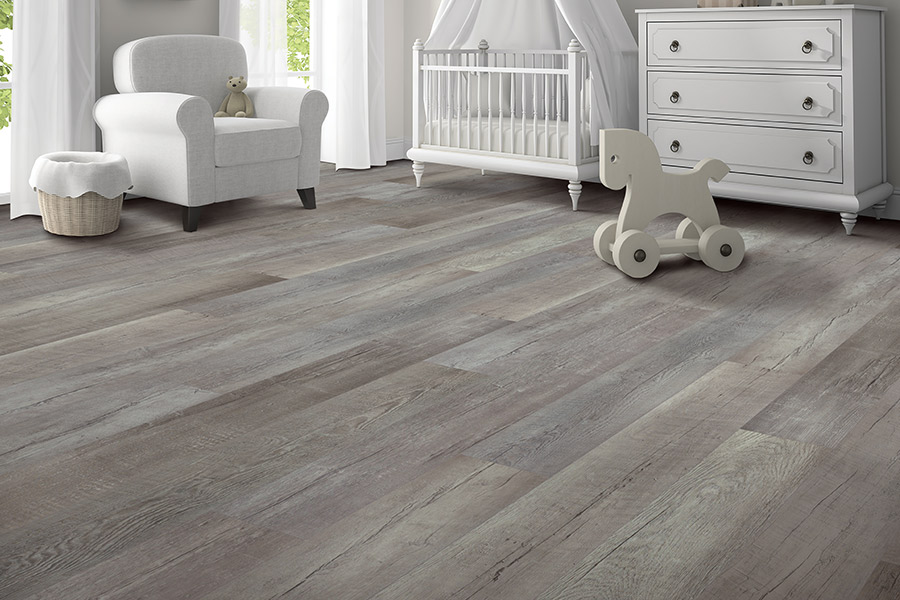 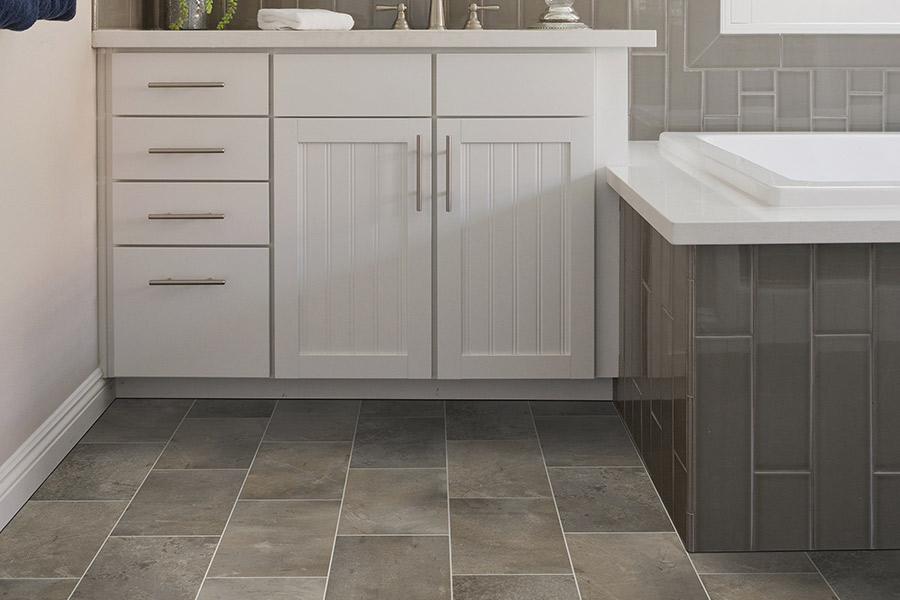